Our Netty’s Inkers group, and one Avid Inker, travelled to the coast for onstage. Here are some of the gifts we shared. I created the notebooks. I got the idea from another demonstrator, Sayerah Deasey, They are made using SU grid paper. I also did the little treat packs. This one was the only one left and it had been half nibbled! I made the ‘numbers on a stick’ so we knew when everyone had won one of the giveaway prizes. Last but not least, my SU sister Frances crocheted the little dragonflies for us. How cute are they?

This is the Dandy Garden Bundle I purchased for Onstage. All of the products will be available in the January-June 2021 Mini Catalogue. They were also used for some of the projects created during the online onstage sessions.

Each of us prepared a project for the other four to complete. This was the project I led. I got the idea from Tracy Held here. Such a cool technique, I thought, and it can be done with other shapes too!

Vicki led this project using a tutorial purchased from Tania Bell here. The cloche hat cards were made using retired products and each hat is shown here with its own matching gift box. Who wouldn’t love to get one of these?

Karen led a project using the Gift Wrapped Stamp Set, the Gift Bow punch and the ‘Tis the Season and Toile Tidings Designer Series Papers. The card is a Swing Arm Card Design. I’ve wanted to try one of these for some time so I was very pleased.

Anne led a project using the cute stamp set from Sale-A-Bration earlier this year, The Gang’s All Meer. We used a technique to create silhouettes by colouring in the stamped images with a black marker, inspired by Tami White. We also added a few arms so that they were in a group hug. The clouds were sponged using the delightful tag topper to create a cloud stencil. Yet another wonderful project!

So, we all had a fun few days of crafting. I’ll be back soon to show you more.

All current projects are available in my online store here

Welcome to My Blog

My name is Annette McMillan. I love to make cards and other papercraft projects and this is my place to share my creations and other information. I have been a Stampin' Up! Demonstrator in Canberra, Australia for over 15 years and papercrafting for 22 years or so.  I run card making classes for all skill levels and can offer in-home demonstrations for you and your friends.  I also sell cards which can be stock or on commission. see more HERE. 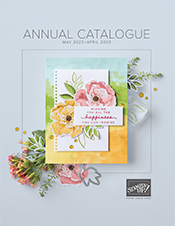 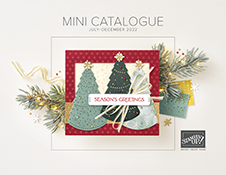